Over the past few years, there has been increased public awareness of the living conditions of Inuit and First Nations communities in Canada. In 2015, the Truth and Reconciliation Commission of Canada issued its final report after six years of study. This year, the Federal Government has put forward an ambitious investment program to address the various problems experienced by Aboriginal communities.

For more than 30 years, Alain Fournier has contributed to the development and growth of indigenous communities. As an expert on Aboriginal housing and development in northern communities, Alain has been invited to speak at various conferences and symposiums. He has increased his conference schedule in 2016, sharing his experiences on projects and promoting the themes of cultural reappropriation and decolonization of architecture in Aboriginal communities. 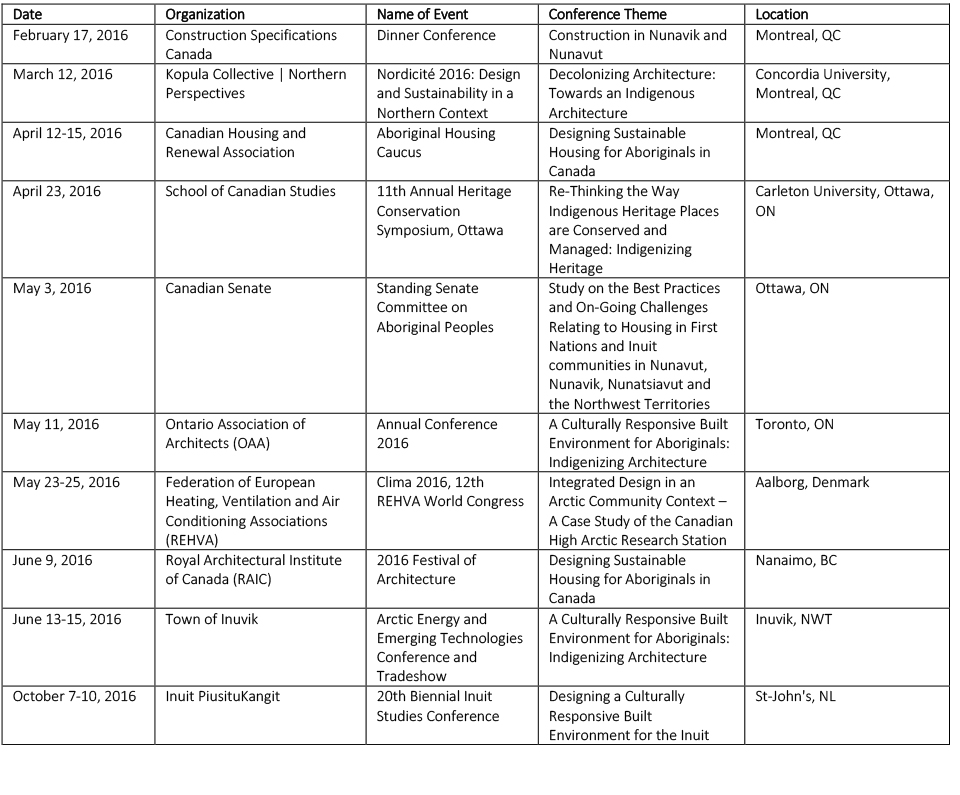