EVOQ / EVOQ is proud to announce a major milestone in the Station Polytechnique project.

EVOQ is proud to announce a major milestone in the Station Polytechnique project.

EVOQ is proud to announce a major milestone in the Station Polytechnique project.

This project was realized in partnership with the Polytechnique students and is one of the seven winning projects from the STM’s (Montreal Transit Corporation) contest, originally launched in March 2016, to re-purpose retired rolling stock from the Montreal Metro.

The Engineering and Sustainable Development students proposed to integrate one of the legendary MR-63 metro cars into the heart of the Lassonde Pavillion’s atrium to create a multi-functional space for students and promote well-being.

EVOQ has been a proud sponsor of this project and contributing our professional know-how in the production of architectural specifications and drawings. We were happy to accompany the students in the realization of this ambitious project highlighting Quebec’s engineering heritage and bringing together the engineers of tomorrow in an innovative, multidisciplinary project.

On Friday July 12th, the MR-63 car made its final journey to Station Polytechnique in a complex operation that required the disassembly of the pavilion’s grand windowed facade. The 12-ton metro car was then lifted and carefully suspended 8m above the atrium.

You can follow the progress of the project all along this summer at: Polytechnique Montréal

Read : EVOQ participates in the public launch of Station Polytechnique at the University of Montreal 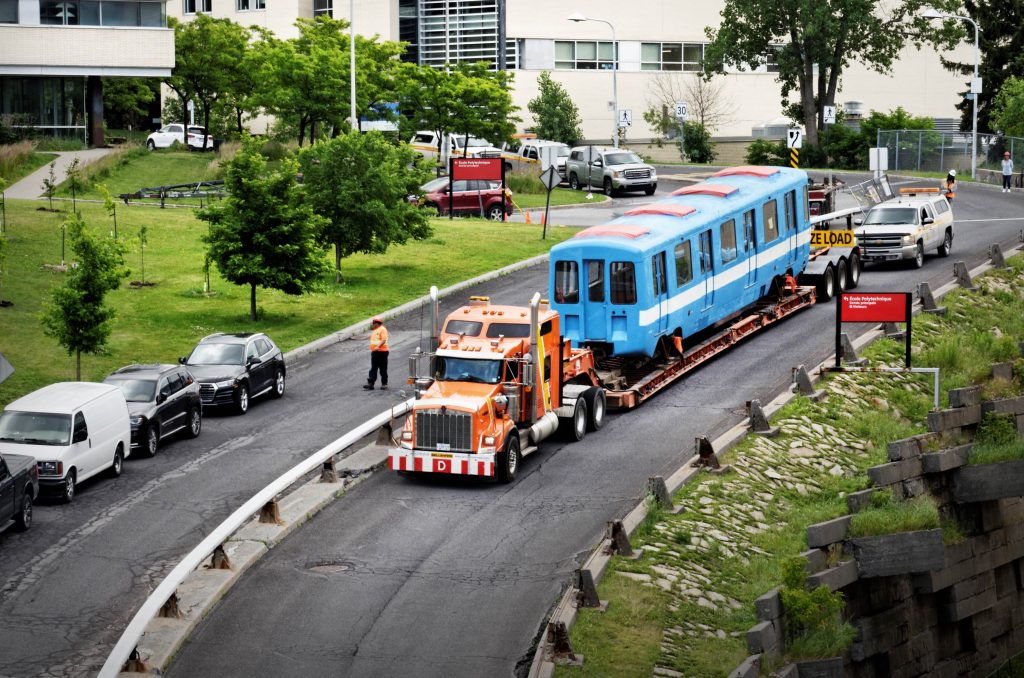 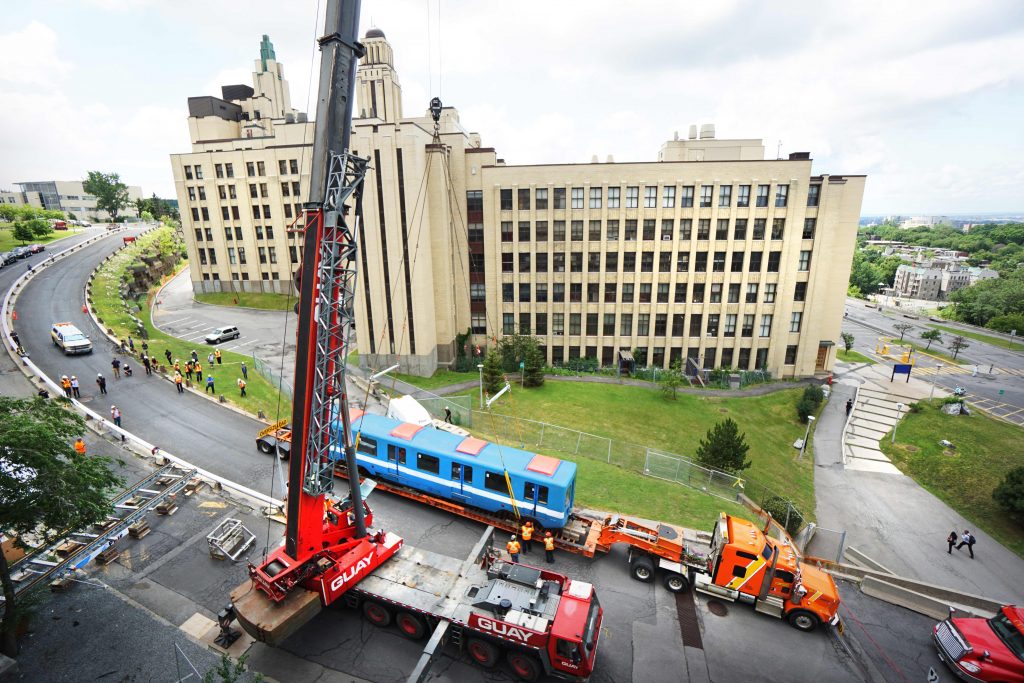 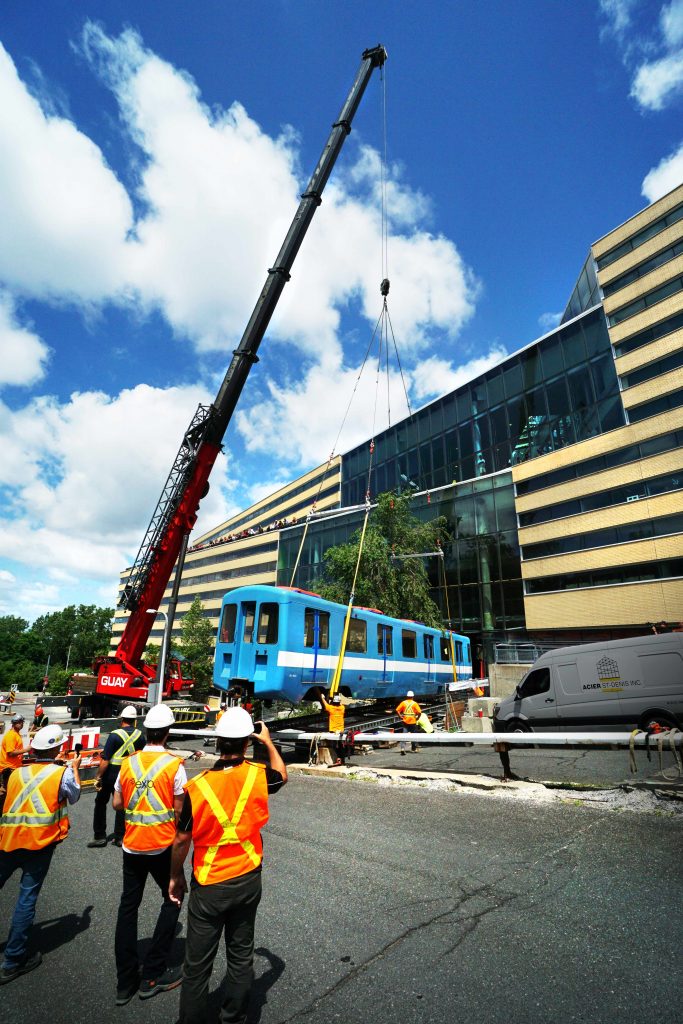 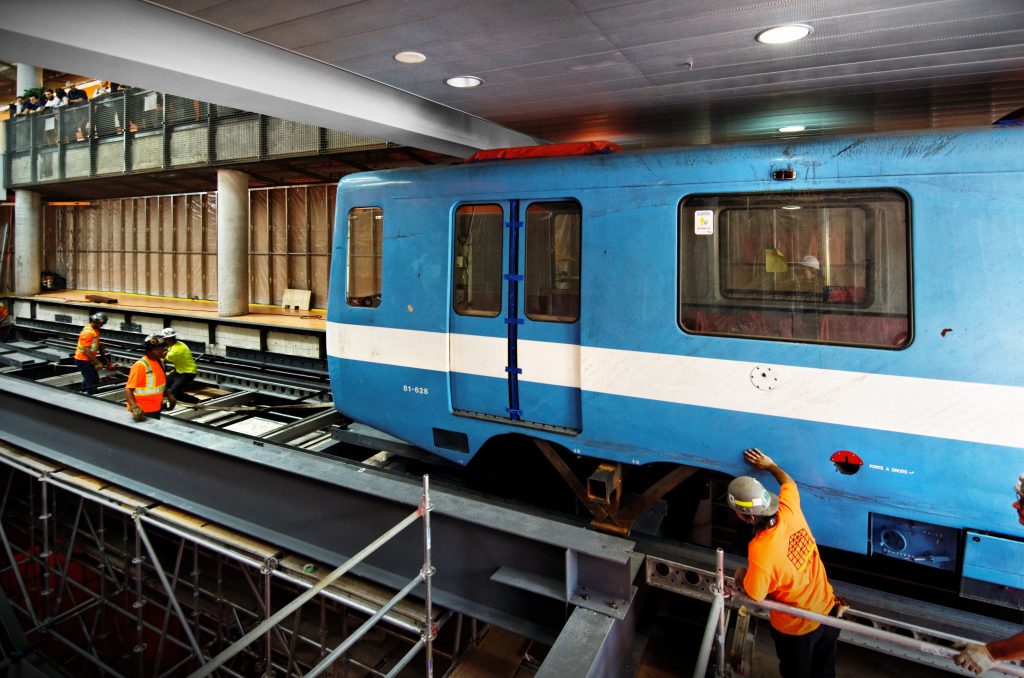