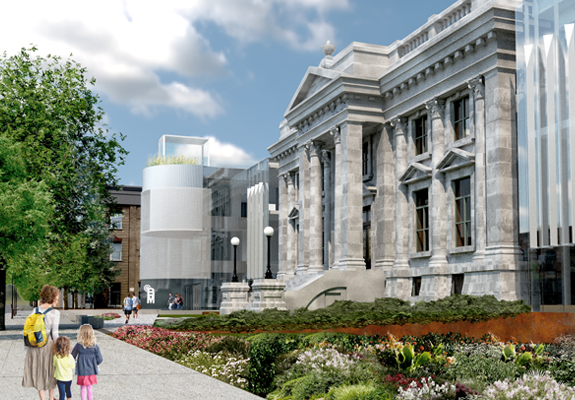 Maisonneuve Library occupies the former Town Hall of the old City of Maisonneuve, now part of the Mercier-Hochelaga-Maisonneuve borough of Montreal. The classified heritage building was originally built in 1912 in a monumental style, typical of public buildings of the time. The program to renovate and expand the building was initiated by the City of Montreal in 2017 with the launch of a multi-disciplinary design competition.

EVOQ, in partnership with Dan Hanganu Architectes, was awarded the project, with the jury commending the design team for the way they highlighted the heritage building. The project includes rehabilitating the current library by restoring the character-defining elements of the historic interiors, restoring the building envelope and expanding the existing building by an additional 2,069 m².

The new library asserts its social and community role as wells as its openness to sharing knowledge and culture by becoming a social gathering place for all. It reinvents itself as a place for knowledge as well as play. 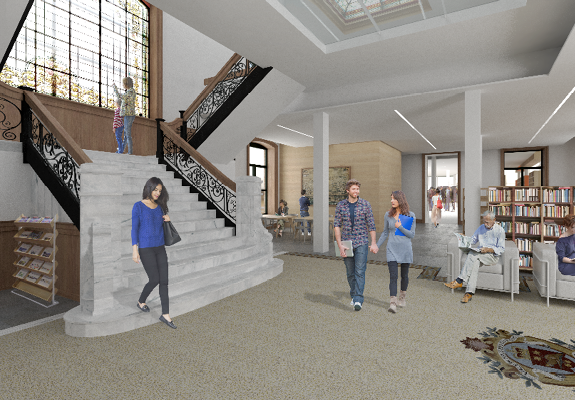 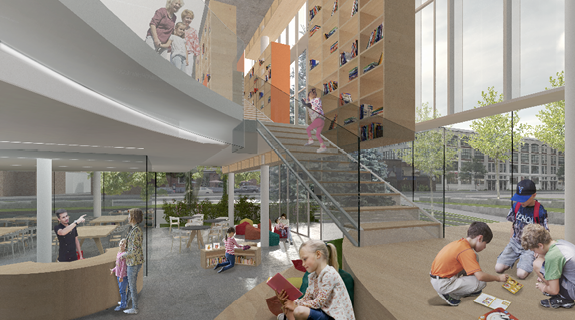