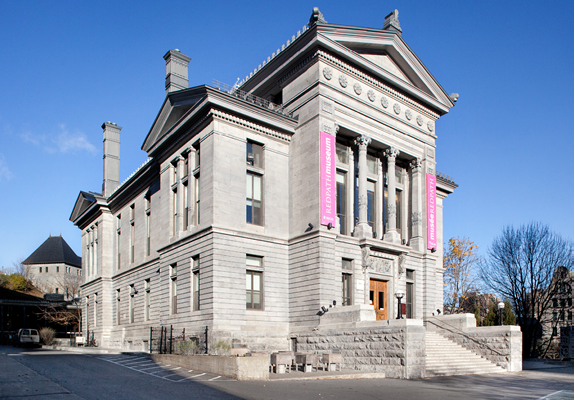 Built in 1882 by Montreal architects A.C. Hutchinson and A.D. Steele, the Redpath Museum is one of Canada’s oldest museums and one of McGill’s most prominent and recognizable buildings. Constructed in Greek-Revival style, the building has changed little over the past 130 years.

EVOQ was mandated for three projects on the building: to replace the existing roof in such a way as to conserve the heritage value of the building while minimizing its lifecycle costs; to clean the historic masonry and sculptural elements; and to conduct spot repairs on the exterior masonry.

The roof replacement project was characterized by a complicated materials selection process. Archival and on-site investigations revealed the main roofing material to be painted, galvanized sheet metal. We opted to replace this material with zinc, which requires less maintenance and has a longer life expectancy than its predecessor. The painted galvanized steel cornice, which was original, was kept and restored.

The project also reinstated ornamental acroteria at the corners of the main pediment, which were shown on the original drawings, but absent on the building. The roof work was started in the early summer of 2009 and ended late in 2010. The cleaning and sculptural stabilization work was started in the late summer of 2011 and ended in late autumn. The masonry repairs were carried out in the fall of 2013. 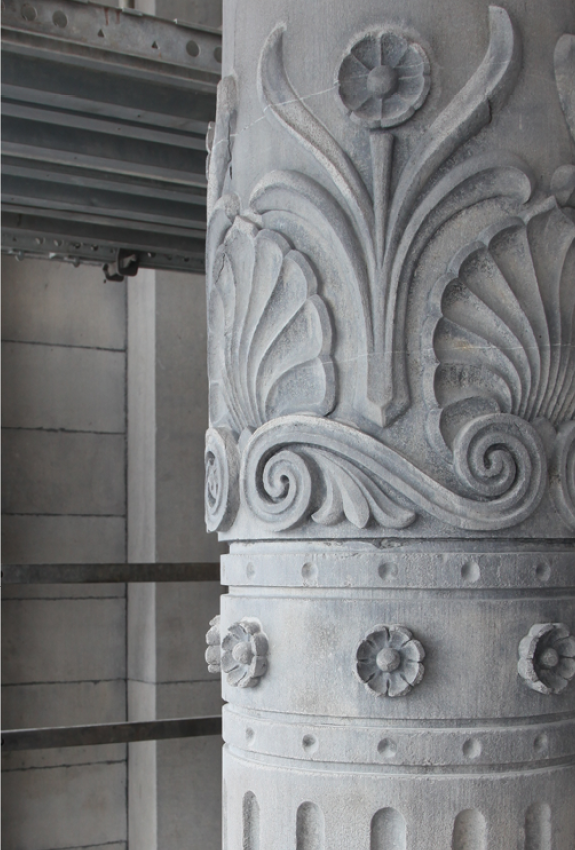 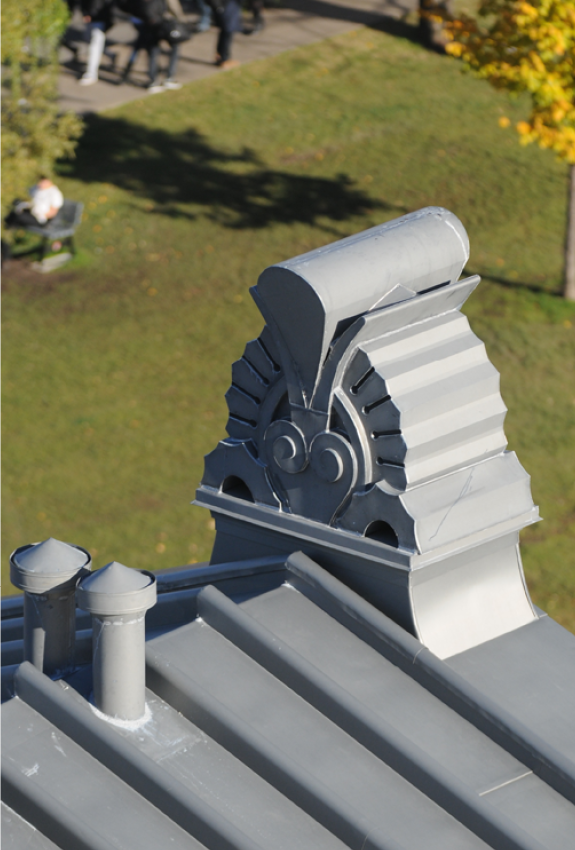 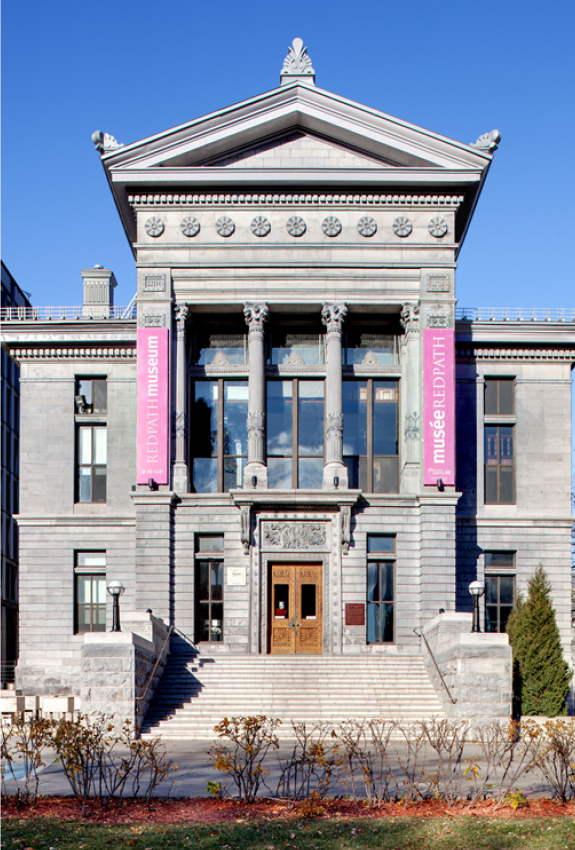