Located in the heart of Old Quebec, the Ursuline Monastery is one of the few large conventual complexes dating from the establishment of the French colony beginning in the 17th century. This National Historic Site has been dedicated to education since the arrival of a missionary group of Ursuline nuns in 1639 and its built and landscape components bear witness to the different phases of its evolution.

To preserve the integrity of the soil as well as the root systems of the mature trees, some of which trace their origins back to the 17th century, excavation operations were limited to the strict minimum. The design team took advantage of the site’s vertical topography, spreading the various play areas over five levels. Rainwater catchment basins were strategically distributed between the different slopes to absorb rainwater in situ using infiltration and bioretention principles.

Outdoor activity has a considerable positive impact on students’ academic performance and well-being. With this in mind, the design included a variety of spaces for sports activities, relaxation, and socialization. It is now possible for students to run circling the heritage orchard, or climb ropes that bring them closer to the copper roofs of adjacent buildings, making their play and laughter an integral part of the richness of this exceptional site. 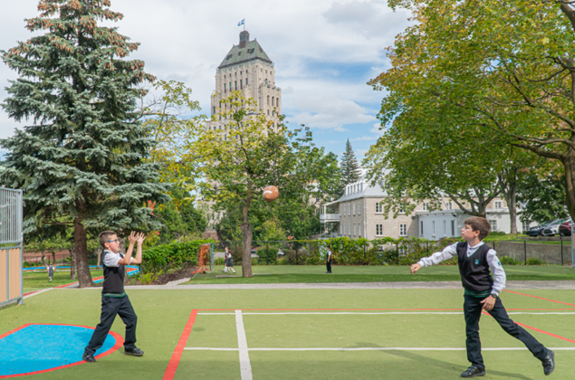 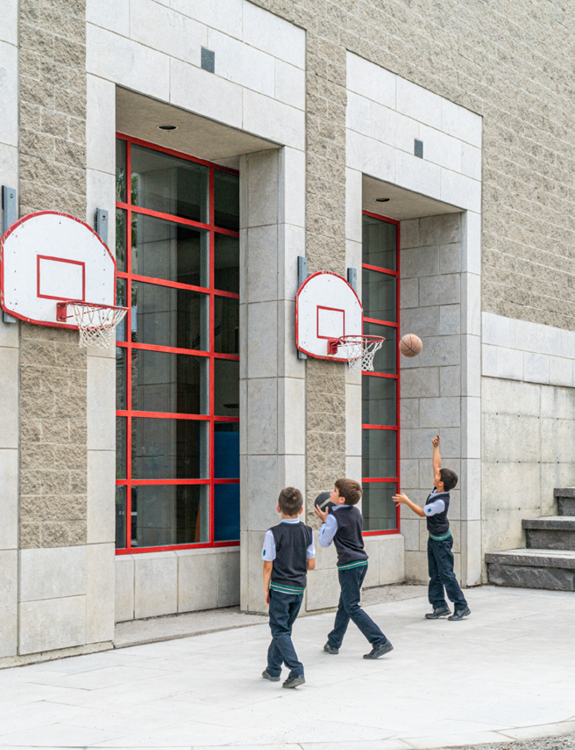 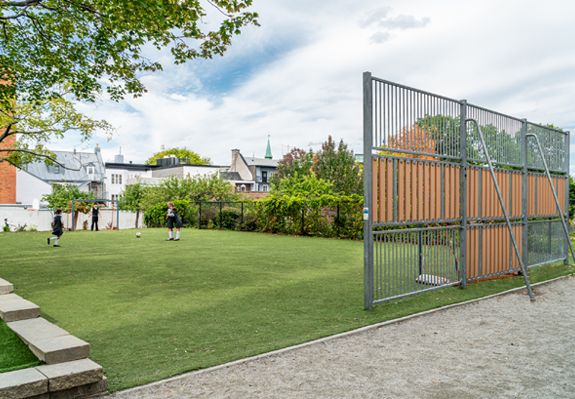 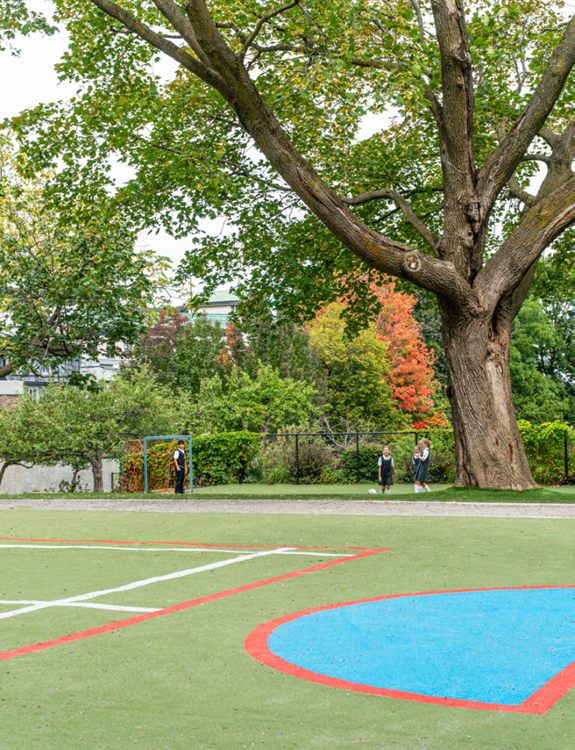 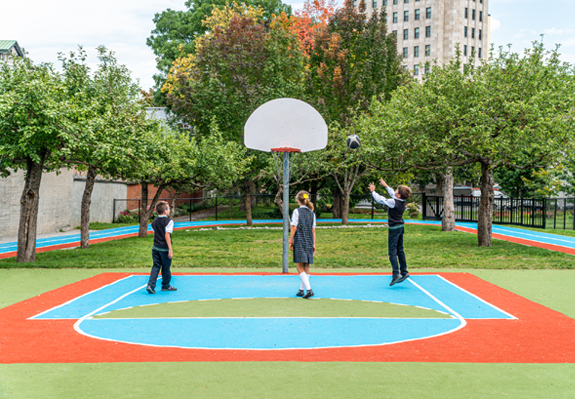 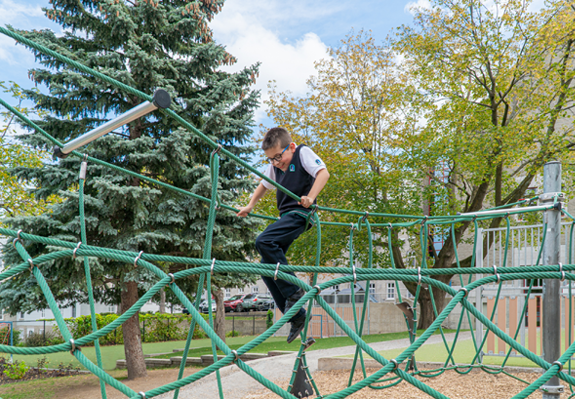