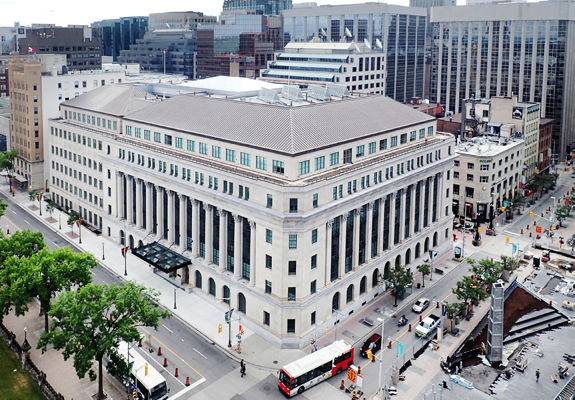 The Wellington Building is a prominent office building in Ottawa’s Parliamentary Precinct. The original Beaux Arts building, recognized by FHBRO, was constructed in 1927 for the Metropolitan Insurance Company and substantially enlarged in 1959. Acquired by the Crown in 1973, the building was completely abated and renovated between 2008 and 2016 to accommodate Parliamentary functions.

As Heritage Conservation Architect to NORR, EVOQ was responsible for the design and quality assurance of heritage components. This included replacing the existing windows and copper roof, restoring the existing masonry envelope, and reinstating the cast steel entrance canopy.

On the interior, previously designated heritage spaces such as the exceptional mosaic-vaulted vestibule, marble-clad lobbies and historic stairs were rehabilitated, with some features restored to their original state. 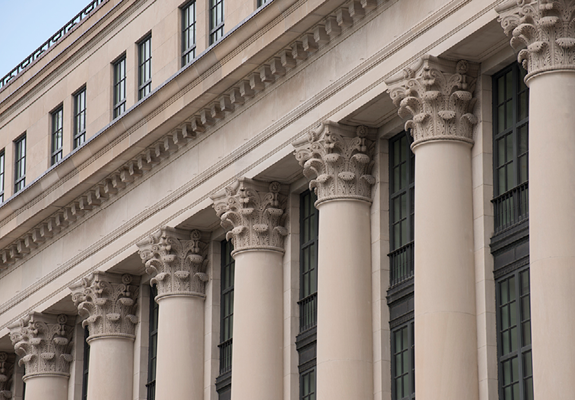 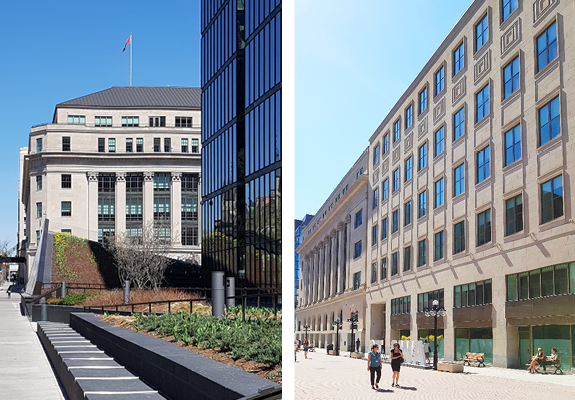 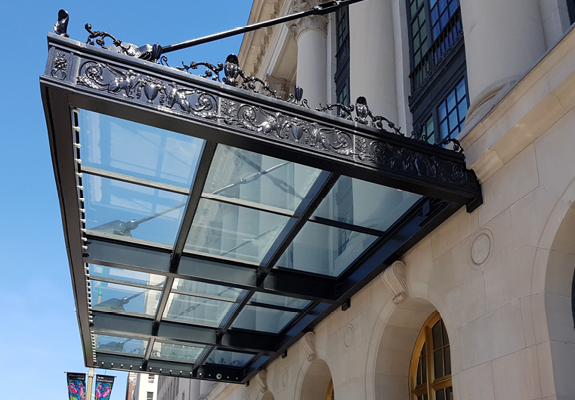 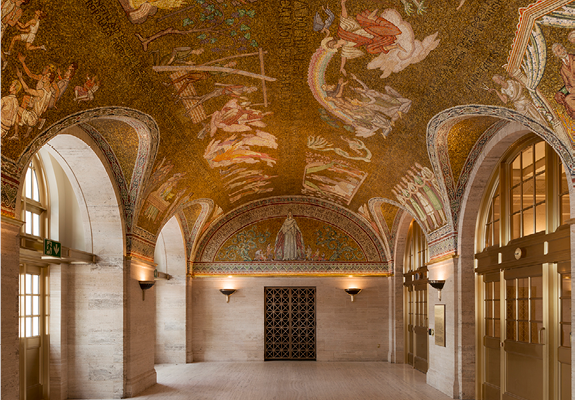 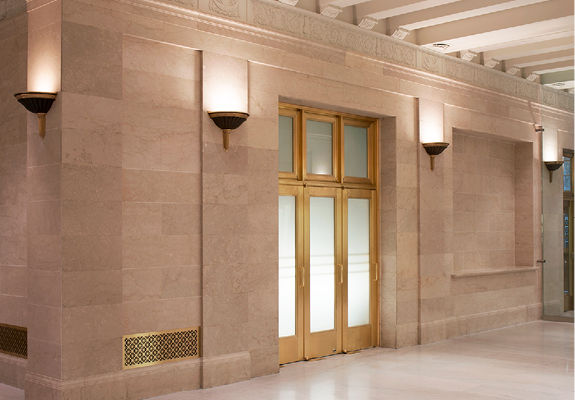 Award of Excellence presented by The City of Ottawa for the restoration of the Wellington Building – Ottawa, ON

Award of Excellence in the category of Conservation: Architecture, presented by the Canadian Association of Heritage Professionals (CAHP)